MIT Darwin Project oceanographers explore Earth’s seas with the Boston community for the 2017 Cambridge Science Festival at the MIT Museum.

Last month, members of MIT’s Darwin Project headed to the MIT Museum to celebrate Earth Day and foster curiosity about the wonders of the oceans with the Boston community. This popular, annual event, “Celebrating the Earth,” is part of the Cambridge Science Festival, which offers a variety of scientific lectures, exhibitions, workshops, interactive displays and attractions around Boston. The festival’s public outreach is designed to ignite the imagination about science for enthusiasts aged 9 to 99 – inviting exploration and stimulating inquisitiveness about what Earth research can tell us. For MIT’s fifth year of participation, they joined groups from Woods Hole Oceanographic Institute, the Harvard/MIT Center for Chemical Innovation and others to share the latest advances in oceanographic and meteorological research, data collection and nautical explorations. 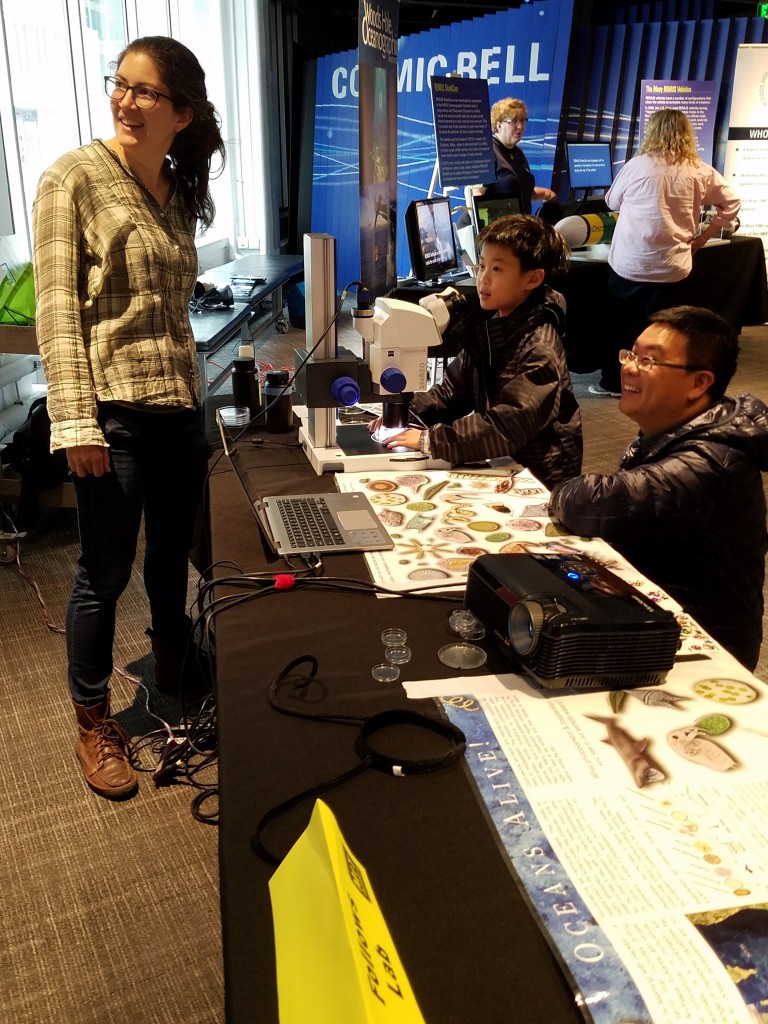 About 500 visitors, some from as far as Turkey, France and New Zealand, attended the daylong exhibition, excited to see what MIT has been working on.

Professor Mick Follows’ group helped attendees focus their attentions on the ecological microcosm contained in a drop of Charles River water. Using a compound light microscope with a projector, postdoc Emily Zakem and researcher Anne Willem Omta invited guests to observe interactions between dinoflagellates, daphnia, phytoplankton, copepods and other marine organisms captured from the river both the day and week before. 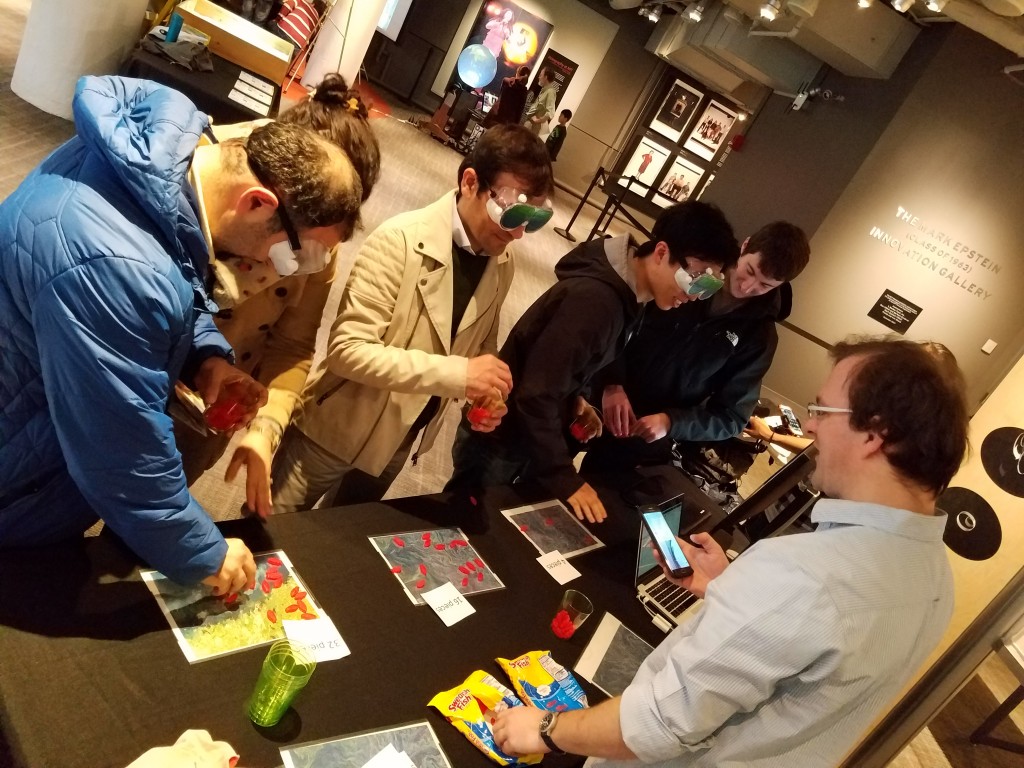 Drawing a large crowd, principal research engineer Chris Hill, along with postdocs Jon Lauderdale and Keisuke Inomura, played a “fishing” game with visitors to help explain food abundance and marine system principles put forth by ecologist Crawford Stanley (Buzz) Holling. Blindfolded guests behaved like predators, “hunting” for prey at timed intervals. Resembling the claw crane arcade game, guests dropped their hand down onto a placemat representing the ocean, hoping to catch a Swedish Fish aka “prey.” Each time a fish was caught, another was placed on the mat to keep the number of prey constant throughout the game. Some players had more prey on their placemat, others had a few. The MIT oceanographers helped plot the number of Swedish Fish caught against the number of fish always available for hunting. In this way, guests had fun learning about the relationship between prey abundance and consumption by predators.